"How to Be a Nervous Wreck" 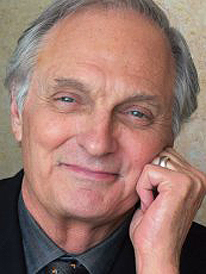 A friend who had seen me in a play came backstage and asked if I still get nervous before I go onstage. She imagined I feel a little fright, being in front of a live audience with no chance for a second take. She was surprised when I told her that I don’t feel nervous; just very alert. In fact, if I’m rehearsed and focused, the performance can be like stepping into a safe place where everything goes right. Even tiny mistakes are lucky grace notes that never happened before and will never happen again.

But there is a certain fear for me in acting, and it happens much earlier than opening night: it’s when I’m in a chair, reading the script for the first time and wondering how I could possibly play such a part. When I’m faced with a kind of character I’ve never tried before, the fear can rise to the level of terror. But, it’s a terror I look forward to, and I don’t like to take on a part unless it scares me a little.

I’ve found a tremendous value in this kind of fear, because if I don’t wonder how I’m going to accomplish something, I’m in danger of doing it the way I’ve done it before, or even worse, the way I’ve seen someone else do it. Being scared can be a sign that I’m not headed toward an easy stereotype.

But, here’s where it gets weird. I don’t just scare myself with playacting. I scare myself in the rest of my life, too. Somehow, it seems to make me feel more alive. Once my name became know to a number of people, I was asked speak before groups of people where I had no business showing up. They probably asked me because my name was a drawing card, and they didn’t expect much; it was supposed to be smooth sailing. But when that moment comes that I realize people will be spending their evening listening to what I have to say, the boat turns over and I feel the heaviness of an ocean that has just gone from being under me to resting on top of me.

I’ve been asked to speak in front of young doctors who were graduating from medical school, graduating classes of physicists and mathematicians; I’ve even been asked to speak about Jefferson on the lawn of Monticello in front of Jefferson scholars. Sane people would not give in to the impulse to go speak at these places, but once every year or so, I agree to go. And I immediately begin to feel the familiar tingle of fear.

I know this sounds crazy, but it’s a useful experience. I know I won’t be able to coast. I’ll have to come up with something interesting. It will have to be something they’ve never heard before, but which also happens to be true. All this commotion makes me dig a little deeper, and introduces me to parts of myself I didn’t know were there.

In high school, I had been thrown out of the glee club because I couldn’t carry a tune. I would drift from key to key and not even realize it. It didn’t seem sensible that in my twenties I should audition for the male lead in a Broadway musical. But the writing was beautiful and I wanted to play the part. The fear took over and made me work harder on singing in tune than I ever had before. I was hired, and after we opened, I was even nominated for a Tony. So, I came through all right. Fear can make you come up with strengths you didn’t know you had.

The show was “The Apple Tree,” directed by Mike Nichols, and every few years Mike and I run into each other and catch up on our lives. The last time I saw him was about four decades after we’d first worked together. He was now one of the most successful directors we’ve ever had, on stage or screen. Here was a guy who could coast into his autumn years if he wanted to. I asked him how things were going and he said, “I’m amazed. I’m still scaring myself. I’m opening a play in a few weeks and I’m terrified.”

And I thought: I have to see this play. This is going to be good.