"Learning to Write with a Sledgehammer" 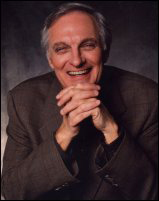 I was writing my first episode for MASH in a hotel room in Los Angeles, with French furniture from the Wilshire Boulevard period, and I noticed I had begun dancing around the room.

I was staying in a hotel because the architect who was doing renovations on our house had promised me the work would be finished by the time I came back to town for the second season of MASH, whose first season had paid for the house in the first place.

Renovations, like rewrites, take longer than expected, and I had made things worse by insisting that the house resemble the plan we had agreed on before I left town. "I don't want that big excrescence in my living room," I had said, using the biggest word I could think of for a modernist hump on the wall the architect was proposing. It had nothing to do with the rest of the house; it was just an indulgence on his part. I hated it. Sure enough, when I got back to L.A., the house wasn't finished, but there was the hump -- big as life, and just as excrescent. I took a sledgehammer to it and knocked it off the wall. This made my point, but set back construction another three weeks.

So, here I was, working on my first serious try at a television script in the cool, contemplative solitude that can only be found in a cheesy, fake-elegant hotel. More and more, I found myself taking a sledgehammer to my own scenes and dialogue -- and after a while I was dancing.

I was dancing because, after hours of rewriting one of the scenes, I had finally solved it and had crashed through to something I knew would work. "I can do it . . .! I can do it!" I chanted, dancing and jumping for joy until the thought intruded that there were still a few dozen other problems to solve before I'd be finished. This was the first time since I had decided I wanted to be a writer at the age of eight that I was actually working on something that might be seen by millions of people. So, every little writing victory was charged with emotion.

Since then, I’ve written five movies, many episodes of television and two books, but that moment in the hotel room always comes back to me. It was the first time since I was a child and had set my sights on being a writer that I had the feeling I could actually do it.

But, I realize now how lucky I was that this script was one in which so many problems had already been solved for me. The show had been on the air for a year: I wasn't creating characters from scratch; I wasn't imagining a whole new world. As an actor, I had already researched the time and place. I'd read that the Korean winters were bitter and, in a series of two handed scenes, I let a humble pair of longjohns go from one shivering body to another through a string of deals, love offerings and extortions. It was, of course, similar to a device used by Schnitzler in the film La Ronde, so even some of the plot was borrowed. In this way, I was able to concentrate on the pleasures of putting words together, discovering the voices of the characters, tracking the subsurface tectonics of their emotions. This made my victory dances a whole lot easier to come by than I realized at the time. Even after I had written a number of episodes and was exploring new paths, I was still making use of the work of people who had first explored the territory. It was something of a shock when I began working on the first feature-length script I'd try after writing for MASH. It was called “The Seduction of Joe Tynan” and, since it would be three times longer than an episode, I assumed it would be about three times harder. Imagine my surprise when it turned out to be about 27 times harder. Suddenly, I had to create, through research and imagination, a new world, populated by characters I had to build from their heads to their toes. I had to find out how they would act on one another in a way that would plunge them into Act Two and let them climb out through Act Three. I was all by myself on a huge construction site.

Hemingway said that writing is architecture, not interior decoration. I was learning that, even with all the rewriting, it wasn't renovations, either.

Now I was taking a sledgehammer to the foundation itself; redesigning it time after time from scratch, lopping off clever little inventions that caught your eye but gave you nothing of substance to build on.

After all that, when I would finally crash through to something that worked, I would feel -- and every writer must feel something like this -- a thrill, a rush of joy, a desire to dance around the room.

I still feel it. And, once in a while, I still dance.