"What Was That All About?" 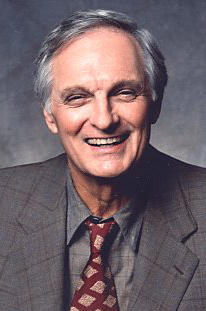 I don’t think I made a conscious decision to live forever. But, it’s working out that way.

It started twenty years ago in London when I was doing interviews for a movie I had written. When you open a movie, the studio arranges for you to meet as many journalists as possible in one day. The journalists, understandably, all ask pretty much the same questions; so unless you have a knackfor making up the facts of your life -- and I envy people who can do that -- you hear yourself saying the same things over and over again. This numbs your brain and gives the audience a chance to be sick of the movie before they’ve even seen it.

But in that London hotel room, I was on my thirteenth interview when suddenly I snapped to attention. The journalist was asking me a question I hadn’t heard before.

She said it again: “How long would you like to live?”

It wasn’t such an extraordinary question, but it was different from anything I’d been asked in the previous twelve interrogations, or in any other interview. I was glad not to have to hear myself recite the same boring account of my rise to world power through my fantastic creative process and I let my imagination loose a little.

She smiled and made a note. The next day, my wife, Arlene, opened the newspaper and read the headline:

“WATCH OUT GIRLS. ALDA WANTS TO LIVE TO 106 AND STILL MAKE LOVE.”

Arlene put the paper down and looked at me.

“A hundred and six? Give me a break.”

We laughed about it but, for reasons that would take until I’m a hundred and six to analyze, from that moment I assumed that the number 106 would be my life span. I was certain of it. I think of myself as rational: I ask people where they got their information before I take seriously their thought that life as we know it will end on Tuesday. But from that moment on, I had no doubt that I would last until exactly 106. And in good health, too.

Arlene doesn’t like the idea that we might leave our children the job of cleaning up after us when we’re gone and every once in a while she’ll say, “We’re getting older. I think we should clean out the closets.” When she says this, I look at her as though she’s nuts. First of all, whenever I do go, I’m going to be dead. Let them worry about the closets. But, far more importantly, we have a good thirty-five years before we’ll be gone. (I’ve included her in my lunatic belief that 106 is the magic number.)

I’m not under the impression that I’ll live at least that long; 106 is the exact, drop-dead number. I’ve been so sure of it that when I was interviewing scientists on the television series Scientific American Frontiers and was told that, eventually, people will live to 150, 200, and possibly longer, I was depressed. I felt I had shortchanged myself. I should have picked a bigger number. I was too impulsive that day in London.

This crazy thoughtpersisted even after I nearly died on a mountaintop in Chile three years ago. When I woke up after an emergency operation, I was so glad to be alive that I was euphoric. My euphoria lasted long enough for me to write a book about it. I no longer feared death the way I had when I was younger. Instead, I wanted to make the most out of whatever time I had left. But my fixation on the number 106 lingered like a hangover from the days when I was afraid of death.

Now, though, I had a new worry. Would I live all those years without having lived them in the best possible way? Having faced the empty blackness in Chile, I understood that whenever I died, whether it was 35 years from now, or next week, the end would eventually come. Shouldn’t I have some sense that my life had really counted? I wanted that feeling of satisfaction. What would give it to me?

I became obsessed with this thought, and that brought on a second book. This time, I tried to figure out if I could have that feeling of satisfaction in a lasting way. By now, I had lived through most of the things that are supposed to give our lives meaning: love, art, family, money, fame, political activism, faith, skepticism, curiosity, mindless play, even pure motion -- just keeping busy. And the list goes on. I wondered if any of these things had given me a sense of meaning that was lasting. All of them have, for a time; but no single one of them has been the solid peg to hang my hope for meaning on. It keeps eluding me.

I remember nightlong youthful conversations, trying to figure out an answer to the question: what are we here for? Now I see what a tricky question it is. It assumes there’s an answer. Maybe that assumption comes from the kind of problem-solving brain we have. Something seems out of place, something doesn’t fit, and we think, there must be a way to put this puzzle together. Maybe there isn’t. Maybe the best we can hope for is the pleasure of tackling a hard problem.

I’ve spent my life in the theater, so sometimes when I think about this a play comes to mind: Stephen Sondheim’s “A Funny Thing Happened on the Way to the Forum.” It’s a mindless, funny romp of a musical comedy. And Sondheim knows that, even as we laugh, the part of our brain that has made us so successful on this planet is saying, “Yes, it’s funny. But what does it mean?” He knows that the problem-solver in us wants a useful moment; a flash of insight -- at the very least, a handy moral. But Sondheim’s ahead of us. At the end of the play, as I remember, the chorus looks at us, almost with pity, and sings: “What is the moral? Must be a moral.” Then, they throw us a bone: “Moral tomorrow – Comedy Tonight!”

Maybe that’s us at the end of ourlives. Maybe it’s more about having enjoyed it than understanding it. At the end when, as the Italians say, la comedia è finite -- we’re lying there in our suite at the Worldwide Hotel, about to check out and thinking, so what was that all about?

And at that moment, the door to the bedroom opens and the chorus dances into the room, singing:

What is the moral?

Must be a moral.